Power, Money and Acts of Kindness

If I have learned anything in my life thus far, I have learned that, ultimately, men seem to be consumed by money, sex and power, all of which, like the Bible, are core to the great story of Les Misérables. My mother, who was an extremely devout and religious person, used to tell me when people used to complain about rough content in a book, move or TV show, “Have they never read the Bible?” She would go on to explain that the Bible contains every sordid act of humanity including adultry, prostitution and murder.
Humanity is not pretty. In order to understand man’s rise to redemption, we have to first understand the depth of man’s despair.
Men, ultimately, don’t believe in equality and will do almost anything to separate themselves or make themselves superior to their fellow beings. Now, this is a depressing thought. But don’t let it be. Because the beautiful journey of Les Misérables is that one act of kindness can change the course of a life and alter the outcomes of the lives of many.
Such is the beautiful tale of Valjean. Turned to God by the act of kindness of a single Bishop, in a world in which temptation and society play against the liklihood of redemption, Valjean rises to become a man of dignity and a moral beacon. Valjean, much like Jesus in the garden of Gethsemane, confronts his fate and averts his doubts, setting upon the path intended for him to change the course of the lives of many. He stumbles along the way and still finds his way.
In the production you are about to experience, we have chosen to emphasize the ghosts of our pasts—all of us—who emerge from our ancestors who have gone before us, who have learned the lessons of our greed, of our hatred, of our struggles, and who outline, as does the Bible, a path for us to take in order to find redemption and give a future for those left behind that will be brighter, kinder and full of light.
Richard Rose, director of Les Misérables 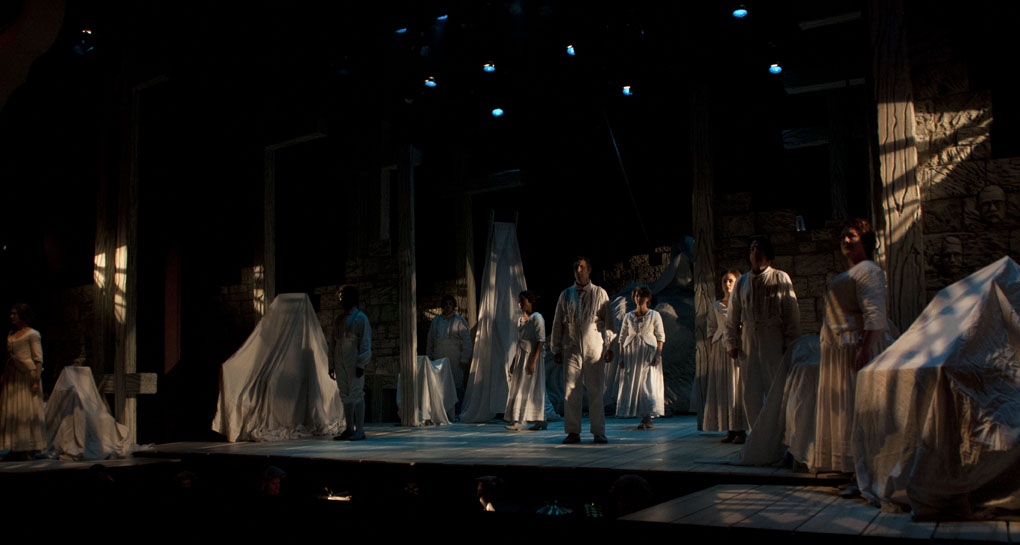